The MMAP Storage engine uses memory mapped files to store its data (A memory-mapped file is a segment of virtual memory which has been assigned a direct byte-for-byte correlation with some portion of a file). 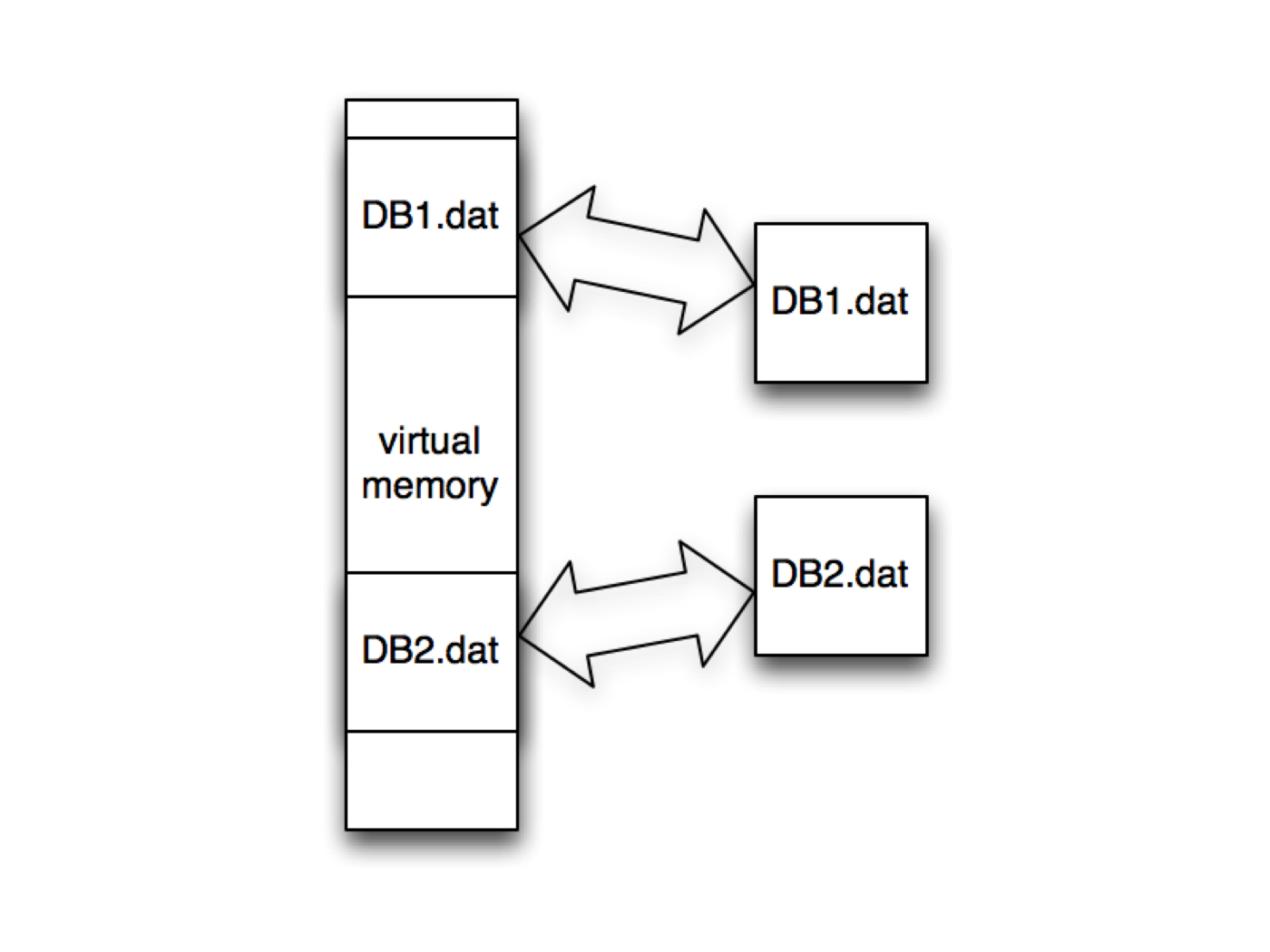 Memory mapped files allow MongoDB to delegate the handling of Virtual Memory to the operating system instead of explicitly managing memory itself. Since the Virtual Address Space is much larger than any physical RAM (Random Access Memory) installed in a computer there is contention about what parts of the Virtual Memory is kept in RAM at any given point in time. When the operating system runs out of RAM and an application requests something that’s not currently in RAM, it will swap out memory to disk to make space for the newly requested data. Most operating systems will do this using a Least Recently Used (LRU) strategy where the oldest data is swapped to disk first.

This is usually a sign that it’s time to consider either increasing the amount of RAM in your machine or to shard your MongoDB system so more of your “Working Set” can be kept in memory (sharding splits your “Working Set” across multiple machines RAM resources).

Determine if the Working Set is too big

You can get an indication of if your working set fits in memory by looking at the number of page faults over time. If it’s rapidly increasing it might mean your Working Set does not fit in memory.

Before 2.6 MongoDB would allocate blocks of memory that were the size of the document as well as some additional free space at the end of it to allow the document to grow. This was called the padding factor. Unfortunately there were several pathological MongoDB usage scenarios that could cause inefficient reuse of these allocated blocks slowly increasing fragmentation. A typical one was a heavy insert/update/delete cycle with random sized documents.

An example is below.

Over time this could cause memory allocations, which could not be reused by the server leading to memory fragmentation in the memory mapped files.

When documents move around or are removed they leave holes. MongoDB tries to reuse these holes for new documents whenever possible, but over time it will slowly and steadily find itself having a lot of holes that cannot be reused because documents cannot fit into them. This effect is called fragmentation and is common in all systems that allocate memory including your operating system.

How to determine the fragmentation

You can get a good indication of fragmentation by

A frag value larger than 1 indicates some level of fragmentation

There are three main ways of avoiding or limiting fragmentation for your MongoDB data.

The first one is to use the compact command on MongoDB to rewrite the data thus remove the fragmentation.

As we can see, there are some drastic edge cases. However, this is outweighed by the fact that documents which outgrow their allocation can easily be moved to a either a new allocation or an existing empty one of bigger size.

The Power of 2 allocations feature also reduces the level of fragmentation possible,as there is a bigger chance of allocation reuse than the previous method used in MongoDB.

MongoDB 3.0 introduces the possibility of using an exact fit allocation strategy. This disables the power of 2 allocation strategy and is useful if your workload is inserts only, with no updates or removals of the document. This can be enabled by using the server collMod command with the noPadding flag set to true or when creating a new collection using the createCollection command in the shell with the noPadding option set to true.

Preallocation is a strategy to minimize the amount of times a document moves. It aims to avoid the situation where a document is moved in memory as it grows in size. Let’s look at an example of the behavior we are trying to avoid.

This can cause a lot of pointless work, requiring MongoDB to spend most of its time copying data causing the write and read performance to drop.

In many cases we might have documents that are in fact uniformly sized. Let’s take the example of a time series where we are counting the number of times a web page is viewed.

When we register a measurement for a new second in the minute, the document gets another field added to the embedded document in the minute field.

But since we know there are only 60 entries in the minute embedded document we can ensure that it does not grow by preallocating an empty document that has the maximum size the document will be. So we can insert a full size document for each minute.

This would avoid updates to the document growing it, This means all the updates would be in place ensuring the highest write performance the MMAP engine can provide.

When a write happens under database level locking no other reads or writes can happen concurrently until the first write finishes. In the example above Document 2 has to wait until Document 1 has been completely written before it can begin. The constant write lock will starve any readers of the database.

A strategy to circumvent this is to ensure that write heavy operations go to different databases than read heavy operations. For example, there might be an application with the following scenario.

This would ensure that operations against the users database would not be impacted by the heavy write operation against the analytics database.

MongoDB 3.0 introduced collection level locking reducing the contention in a database by moving the lock level down to the individual collection. If we have heavy write to collection1 this does not cause looks for reads/writes to collection2.